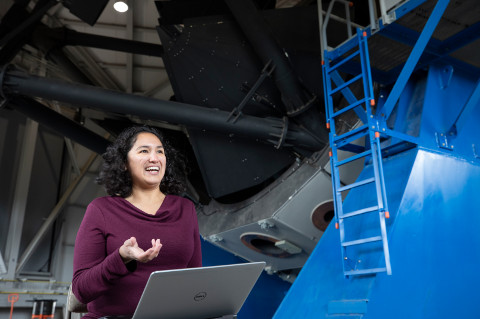 What can the asteroid Bennu tell us about the universe and its origins? Ask NAU Assistant astronomy professor Cristina Thomas.

Thomas is a team member of NASA’s OSIRIS REx mission, which landed on the asteroid late last year and is collecting samples of regolith, or loose surface material, which scientists think may have answers about the earliest history in the solar system.