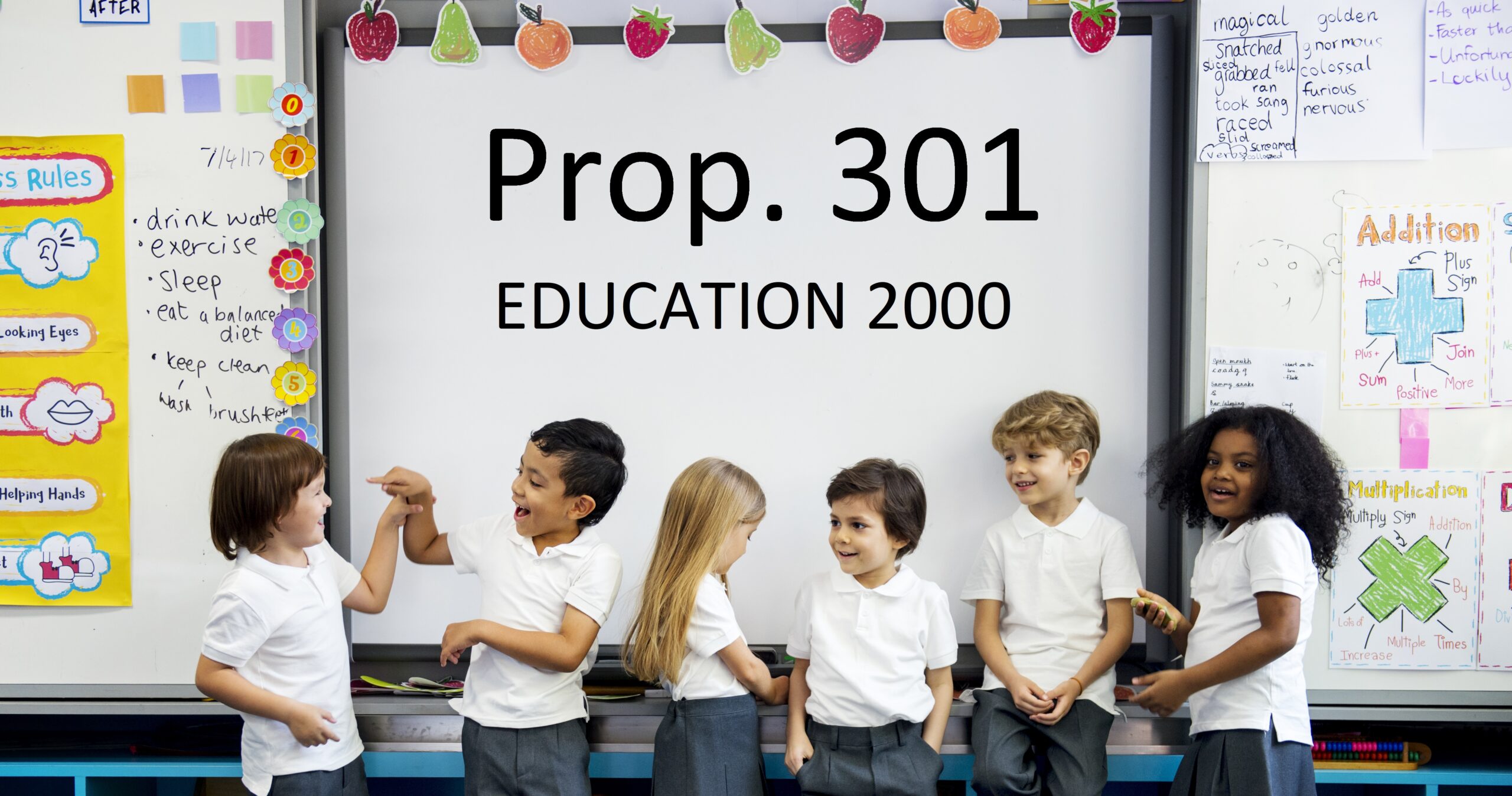 Championed by Governor Jane Dee Hull, Prop.301, (A.K.A “Education 2000”) was described to the voters by Arizona Legislative Council like this:

On March 26, 2018, Governor Douglas A. Ducey was joined in his office by former Arizona Governor Jane Hull and both Democratic and Republican lawmakers, to sign SB 1390, bipartisan legislation to extend Prop 301 for another 20 years. The legislation, sponsored by Senator Kate Brophy-McGee and Representative Doug Coleman, protects a $667 million a year funding stream to Arizona schools.

Prop 301 is a voter-approved initiative passed in 2000 and championed by then Governor Hull. It provides million of dollars annually in education funding. It was set to expire in 2021, and this legislation extends it to 2041, providing certainty to Arizona schools.