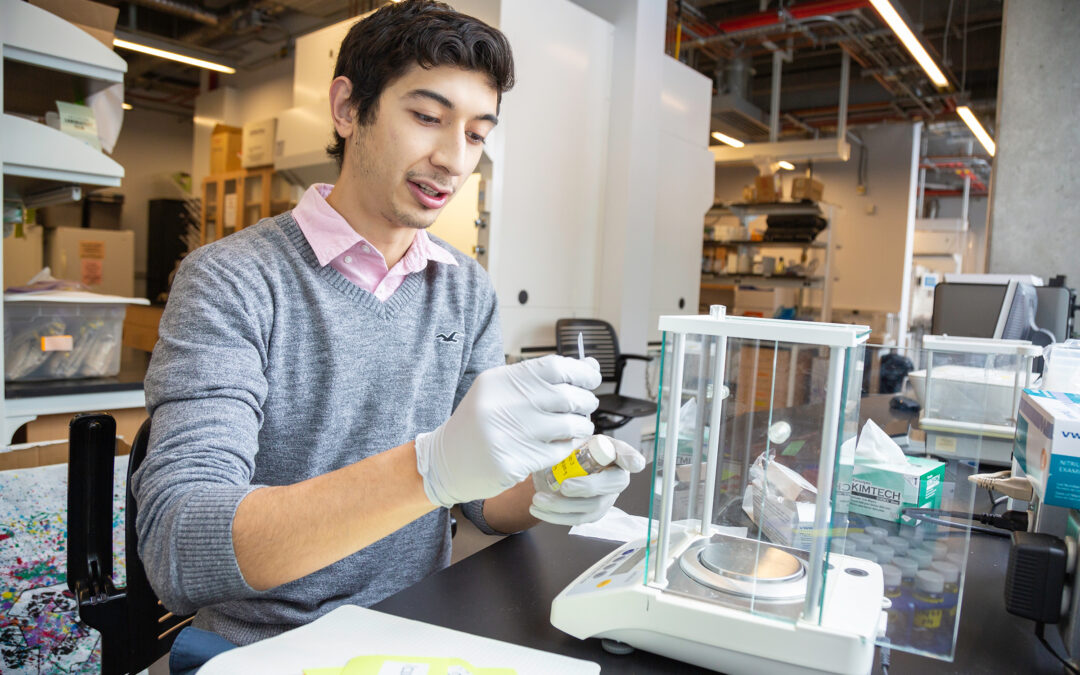 “I don’t know what to call it,” said Joseph Espinoza, “but I feel like I have to do something about it. I have to try to find some answers.”

In 2018 Espinoza experienced an unexpected confluence of his personal life and his work as an undergraduate researcher. That year, Espinoza, who grew up near Yuma, Arizona, was accepted into the Research Initiative for Scientific Enhancement (RISE) program. He also learned his mother had been diagnosed with thyroid cancer.

Espinoza had joined a research project—led by NAU ecotoxicology professor Frank von Hippel and health sciences professor and founding director of the Center for Health Equity Research Julie Baldwin—focused on the effects of the chemical perchlorate in the Colorado River, Yuma’s source of drinking water.

Perchlorate is a chemical used in explosives, rockets, air bags and many other products that, in certain concentrations, causes hypothyroidism in people and animals. This project is investigating whether higher levels of perchlorate in drinking water could be connected to an increased incidence of thyroid disease.

When he learned of his mother’s diagnosis, Espinoza’s relationship to his research took on a new dimension. Though his mother is now cancer-free, the implications of the research project, for his family and people in his town, were profound.

“We’re collecting data on health issues from patients at the Yuma Regional Medical Center and the Regional Center for Border Health,” Espinoza said. “We’re trying to see if there are any issues with the thyroid in general, because in Yuma there is a history of contamination with perchlorate.”

While the research has not yet produced definitive results, the experience has underscored for Espinoza that his NAU education includes much more than amassing theoretical information. He’s doing real research that can have a tangible impact on the people he loves, his hometown, and beyond.