A cultural approach to cancer prevention 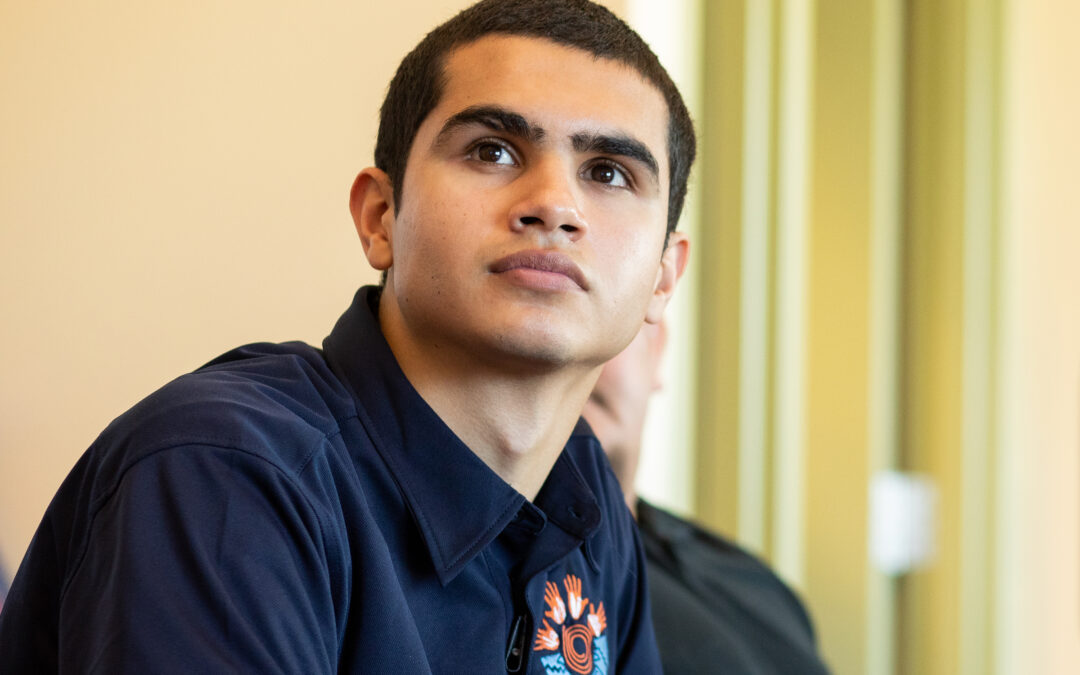 The first time he drove to the Hopi reservation, NAU senior Jordan Ojeda found himself in an unfamiliar landscape. Unlike the Phoenix suburb where he grew up, on the reservation there are no fast food restaurants or super stores and the streets have only a single lane in either direction. But as soon as Ojeda began to interact with the Hopi men who are the focus of his research project, he realized they had a whole lot in common.

“It’s showed me that we’re not all that different,” he said. “We do things culturally different, but at the end of the day we’re all humans.”

He quickly bonded with one man over a love of boxing. Some of the elders reminded him of the wisdom of his grandparents. And many of the men displayed a familiar machismo.

“I come from a Hispanic background, so there’s definitely a level of machismo in my family,” he said.

Over the past two years, Ojeda has been part of a research project seeking to increase the rates at which Hopi men are screened for colorectal cancer. Because while Hopi men have some the highest rates of colorectal cancer in the country, they also have some of the lowest screening rates. And like most cancers, early detection saves lives.

The project, headed by NAU public health researcher Priscilla Sanderson, is called Namitunatya—Hopi for “taking care of yourself.” Sanderson, an associate professor of health sciences, guides student researchers like Ojeda as they study Hopi culture and test different methods of reaching out to Hopi men to encourage them to undergo screenings.

Ojeda’s work included extensive background research into Hopi culture in addition to conversations with Hopi men. The more he got to know the men, he said, the more he was motivated to help.

“Hearing their stories,” he said, “just makes me want to work harder and try to get these cancer screening rates up.”

Based on his research, Ojeda carefully crafted messages promoting cancer screening to use in radio advertisements and on posters that were placed around the reservation. He said the lessons he learned about culturally appropriate and respectful communication will be invaluable in his future career.

The biomedical sciences major has plans to attend medical school and become an anesthesiologist with a sub-specialty in pain management. Ojeda’s ultimate goal is to open a pain management clinic where he can help people suffering from chronic pain find relief. In that capacity, he said, he’ll need the communication skills and the depth of understanding he developed as part of the Namitunatya project.

“My experience with undergraduate research has just been wonderful. I’ve loved every single second of it,” said Ojeda. “Being able to talk to people that are culturally different from me, and just being able to relate one-on-one, has been awesome. I’ve loved it.”