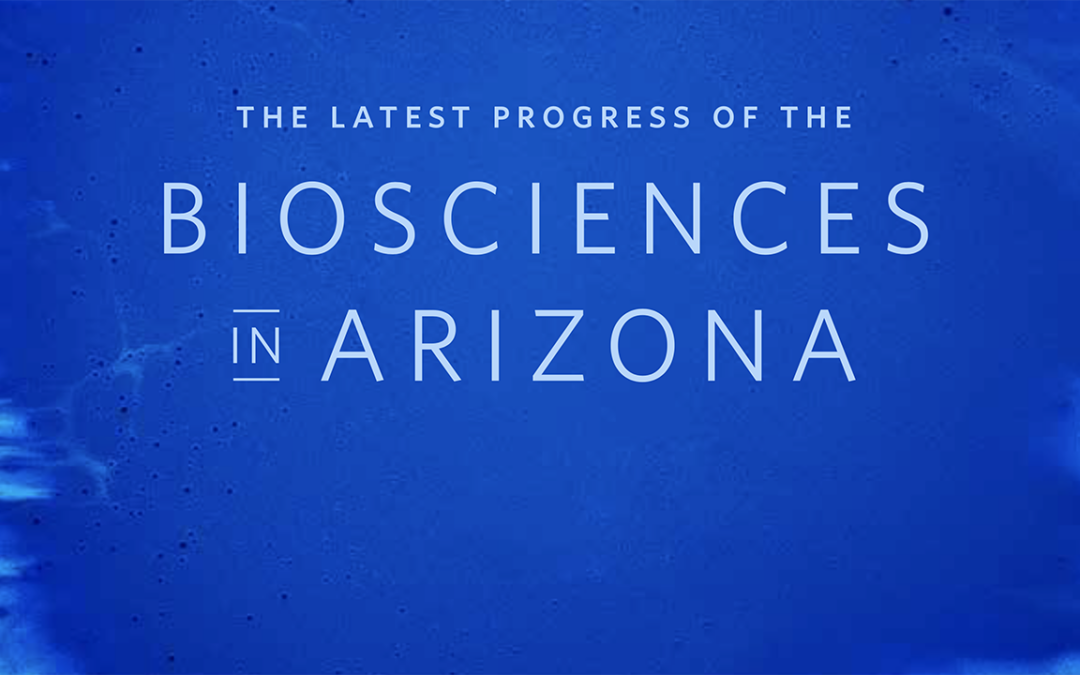 Arizona’s bioscience sector is performing at its highest level since data tracking began nearly two decades ago, helping to position universities, research institutes, companies, and clinicians to play an instrumental role in Arizona’s response to the new coronavirus.

All these figures are record highs for Arizona since data collection began nearly 20 years ago at the start of Arizona’s Bioscience Roadmap, the state’s long-term strategy to guide the biosciences through 2025.

“As we all adjust to these unprecedented times and unknown future, we can take comfort in knowing Arizona’s past policy decisions have had such positive outcomes,” Flinn Foundation President and CEO Tammy McLeod said. “The state’s sustained dedication to the goals and strategies of the Bioscience Roadmap has created a bioscience community prepared to play an instrumental role in the tracking and treatment of COVID-19 and assist in the state’s economic recovery.”

The data suggests recent renewals by the Arizona Legislature of the Technology and Research Initiative Fund—which has funded state-university bioscience research since 2001—and the angel investment tax credit, are paying off, said Mitch Horowitz, principal and managing director of TEConomy Partners, a global leader in research, analysis and strategy for innovation-based economic development that provided the data performance analysis.

“Arizona has earned an outstanding report card with robust growth outpacing the nation across nearly all bioscience performance metrics,” Horowitz said. “We are seeing record-high dollars in venture capital, university research and development, and NIH grants, plus sustained increases in bioscience jobs and wages with growth rates outperforming the national average and state’s private sector.”

The most recent data show:

One major reason for the bioscience sector’s success today is the Technology and Research Initiative Fund, or TRIF, according to an April 15 report commissioned by the Flinn Foundation.

The Milken Institute, a nonprofit, nonpartisan think tank, analyzed the impact of TRIF since it was approved by Arizona voters in 2000 as part of Proposition 301. Arizona State University, Northern Arizona University, and the University of Arizona have received 12% of the sales tax collections, $1.12 billion to date, for scientific research.

Milken concluded that TRIF “laid the groundwork for developing a strong technology transfer and innovation infrastructure within Arizona” and that its existence today “is an essential component of Arizona’s innovation economy.” Arizona’s high-tech and life science GDP grew by 27.16% in the five years ending in 2018, and by 6.83% in 2018 alone, the report states.

The growth of startups, patents, and license income, the creation of new bioscience institutes, the retention and recruitment of faculty, as well as the growing return on investment, can also be attributed to TRIF, the report states. In 2019, an $83.6 million TRIF expenditure led to $433.6 million in additional investment.

Proposition 301, including TRIF, was renewed by the Arizona Legislature through 2041, but no longer has voter-approved protections.

The Roadmap’s vision is for Arizona to become globally competitive and a national leader in the biosciences in such fields as precision medicine, cancer, neurosciences, and bioengineering. The Roadmap is guided by Arizona’s Bioscience Roadmap Steering Committee, comprised of more than 100 leaders in science, health care, business, academia, and policy.

The next data report is scheduled to be released in 2022.

The Flinn Foundation was established in 1965 by Dr. Robert S. and Irene P. Flinn to improve the quality of life in Arizona to benefit future generations. In addition to advancing the biosciences, the foundation supports the Flinn Scholarship, a merit-based college scholarship program, arts and culture, and the Flinn-Brown Fellowship civic leadership program.