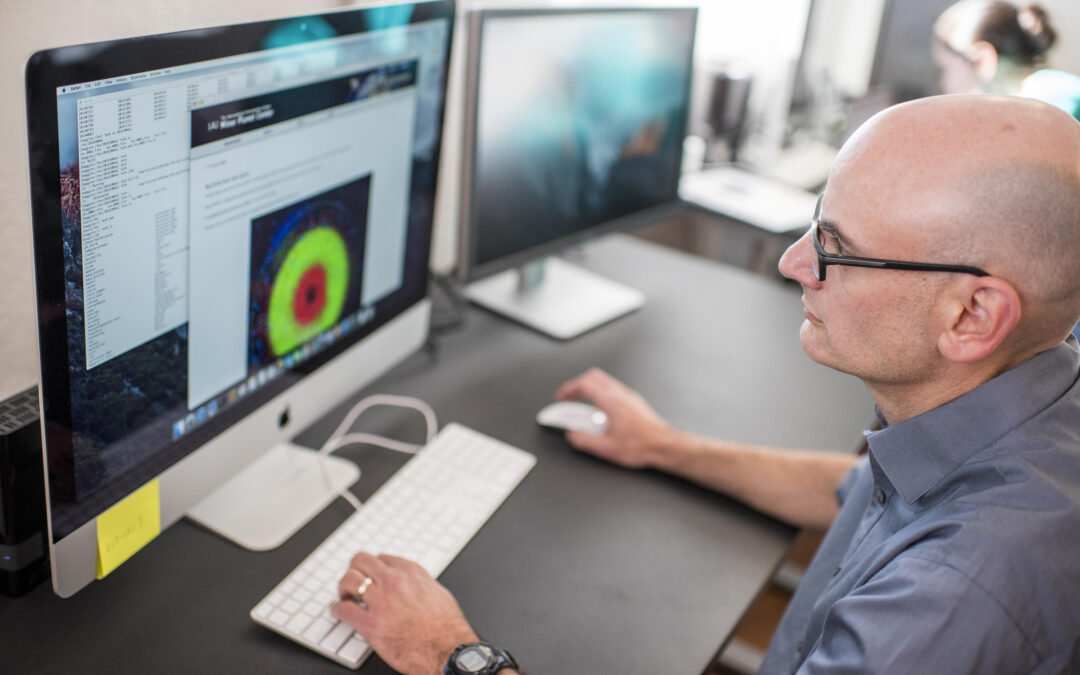 In November 2017, a team of scientists pointed NASA’s Spitzer Space Telescope toward a comet-like object known as ’Oumuamua—the first interstellar body ever found in our solar system—but the object proved too faint for the infrared telescope to detect.

Though initially disappointing, this non-detection of ’Oumuamua eventually provided new information about the cosmic interloper, according to a new study published in the The Astronomical Journal by Northern Arizona University professor of physics and astronomy David Trilling, postdoctoral scholar Andrew McNeill, Ph.D. student Alissa Roegge, senior research specialist Nathan Smith and a team of collaborators from several research centers, including the Harvard-Smithsonian Center for Astrophysics, NASA’s Jet Propulsion Laboratory at the California Institute of Technology and The Johns Hopkins University Applied Physics Laboratory.

’Oumuamua was first identified by astronomers at the University of Hawaii’s Pan-STARRS 1 telescope on Haleakala, Hawaii—who named the space rock after the Hawaiian word for “scout”—in October 2017. Subsequent observations conducted by multiple ground-based telescopes and NASA’s Hubble Space Telescope detected sunlight reflected off ’Oumuamua’s surface. Some interpretations of the data suggest that the space rock is very elongated, like a cigar.

The non-detection helped the team determine the object’s size. Because Spitzer tracks asteroids and comets using the infrared light they radiate, the telescope provides more specific information about an object’s size than an instrument that tracks objects using reflected light. The fact that ’Oumuamua was too faint to register on Spitzer’s detectors means the rock’s dimensions must be less than 320 feet by 460 feet by 1440 feet (98 by 140 by 400 meters).

The new study also suggests that ’Oumuamua may be up to 10 times more reflective than comets that reside in our solar system—a surprising result, according to the paper’s authors. Because infrared light is often heat radiation produced by “warm” objects, it can be used to determine the temperature of a comet or asteroid; this can, in turn, be used to determine the reflectivity of the rock’s surface—what scientists call albedo. Just as a dark T-shirt absorbs more sunlight than a light one, a rock with low reflectivity absorbs more sunlight than a rock with high reflectivity. So a lower temperature means a higher albedo.

“One plausible explanation is that ’Oumuamua was a dormant comet nucleus reactivated, after millions of years in interstellar space, by heating during its orbit near the Sun,” Trilling, who is the lead author on the study, said. “This reactivation either destroyed the thin dark mantle expected to be created by cosmic rays and galactic ultraviolet radiation and/or coated the surface with an optically thick layer of new, fresh ice.”

’Oumuamua is now on its way out of our solar system and beyond the reach of current telescopes, however, so scientists will never know for sure how large it is, what it looks like or how reflective it is.

“Usually, if we get a measurement from a comet that’s kind of weird, we go back and measure it again until we understand what we’re seeing,” Trilling said. “But this one is gone forever; we know as much about it as we’re ever going to know.”

What does ’Oumuamua look like? Print your own 3D model of the interstellar object

Colin Chandler, graduate student in NAU’s PhD program in Astronomy and Planetary Science, created a three-dimensional model of what ’Oumuamua might look like. Download the file to print your own miniature version of this interstellar object on any 3D printer, such as the printers at Cline Library’s MakerLab.