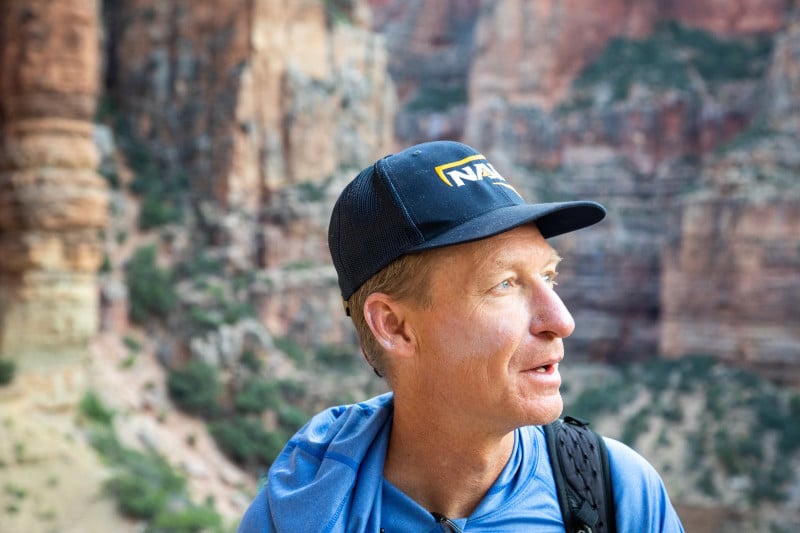 A Northern Arizona University professor co-authored a paper on the importance of springs in a drying climate that is in the inaugural climate change refugia special edition of Frontiers in Ecology and the Environment.

The issue focuses on refugia, which refers to areas that are relatively buffered from current climate change and shelter valued wildlife, ecosystems and other natural resources. Abe Springer, a professor of hydrogeology and ecohydrology in the School of Earth and Sustainability whose research focuses on springs and aquifer health, collaborated on “Oases of the future? Springs as potential hydrological refugia in drying climates.”

The collaborators, which included the U.S. Geological Survey, Rocky Mountain Research Station, the U.S. Department of Agriculture, the Nature Conservancy, Sky Island Alliance, Hampshire College, the Museum of Northern Arizona and National Park Service and Glen Canyon National Recreation Area, reviewed relevant published studies on the role of springs as refuges to support plants and animals in drying climates. They created a conceptual model that takes into account the response of springs to drying events and what investigations researchers must do to identify and classify a spring’s potential to be a refuge.

Springer contributed results and implications on springs as refugia from his research group’s springs ecohydrology research with the Springs Stewardship Institute at the Museum of Northern Arizona. His role in developing a geomorphological-based classification system for springs ecosystems helped the team characterize and prioritize different types of refugia.

The results, while not surprising, do serve as a call to action to researchers and citizen scientists alike. Springs have served as refuges for some species through previous climatic changes, and that’s likely to become even more true in the future. However, scientists still can’t say with certainty what effects a drying climate can have on these delicate ecosystems.

“Springs importance of refugia may increase with future predicted drying in such places as the southwestern United States,” Springer said. “Inventories of the richness and diversity of life at springs are still too limited to provide adequate knowledge of their response to drying events.”

They can, however, make some educated guesses with the available data. Springer said springs serve as wet refuges for certain plants and animals; these refuges are fed by groundwater stored in large aquifers, which can offset the drying events somewhat, offering a long-term buffer to such short-term, climate-influenced events. But as aquifers dry up from human pumping, springs are at risk of drying up, affecting entire ecosystems and even putting species at risk of extinction.

These risks are what led to the special edition of the journal, edited by Toni Lyn Morelli, a research ecologist at the USGS’s Northeast Climate Adaptation Center at the University of Massachusetts, Amherst. Morelli said she hoped bringing the issue of refugia to the fore would spur action and innovation among researchers and conservationists.

Northern Arizona, already an arid climate, is at particular risk as climate change leads to even more drying. Springer has studied aquifers and springs in this region for years, including how the Grand Canyon gets its water (perhaps counterintuitively, it’s not from the Colorado River), and has previously assessed the condition and risk of 200 springs in the Coconino and Kaibab national forests. This research led to conservation priorities among these springs, which forest managers have implemented. They include a range of various springs geomorphology to include the range of necessary refugia.

“All climatic and human-induced changes to hydrologic systems influence the aquifers that supply waters to springs,” Springer said. “Our regional studies about the hydrological influences of forest management is important for sustaining processes to buffer groundwater storage from drying climate.”